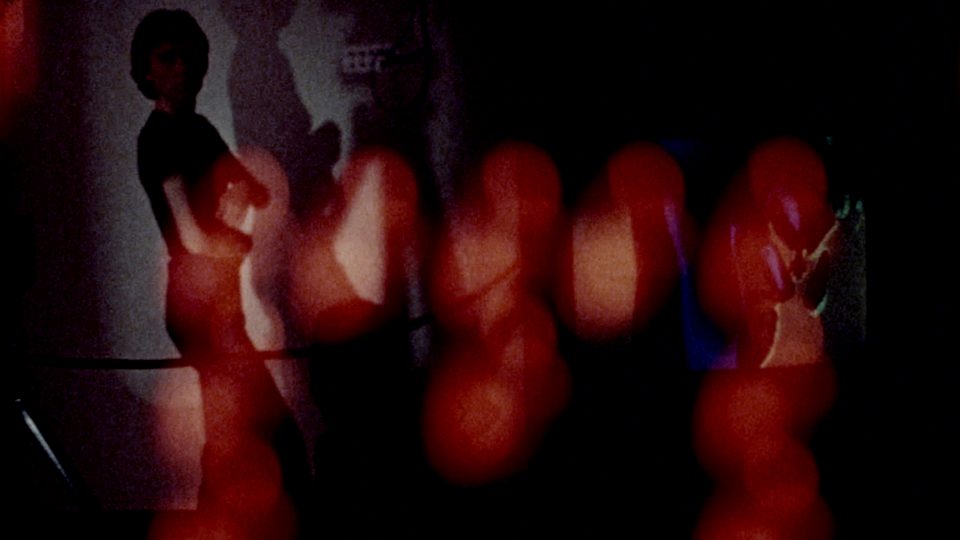 Love in Times of Hunger: Baronesa 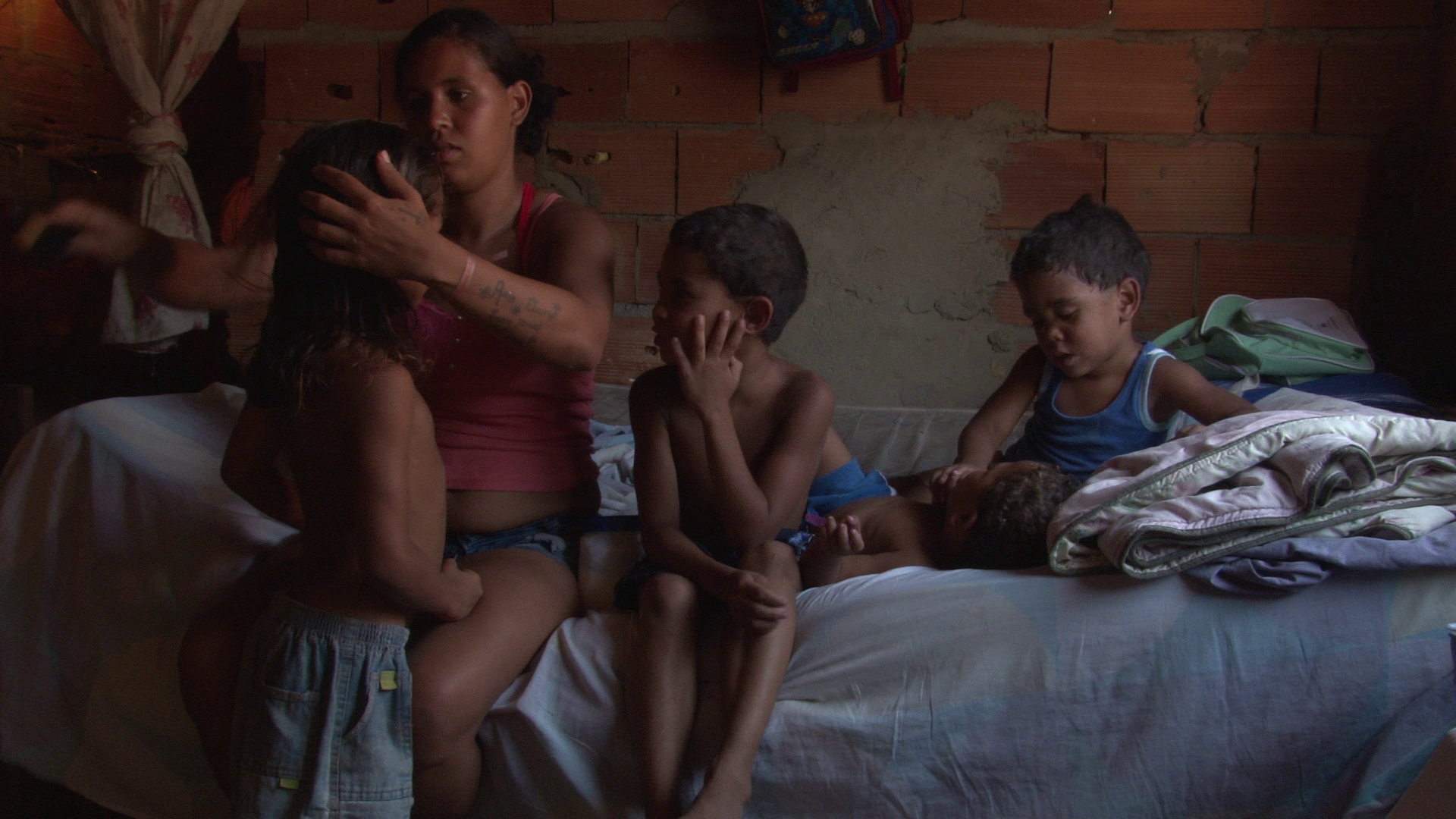 On the occasion of the Brazilian hybrid film, Baronesa, playing in the Art of the Real showcase at the Film Society of Lincoln Center, Lyssaria reprints a fragment of Ela Bittencourt’s essay, entitled Love In Times of Hunger: On Glauber Rocha’s Terra em Transe and Women in Brazilian Cinema, which has been published in a book, Trópicalia and Beyond: Dialogues in Brazilian Film History, edited by Stefan Solomon (the book, with essays by Brazilian and American scholars, including Ismail Xavier, Rubens Machado, Scott MacDonald and Robert Stam, and filmmakers, such as Helena Ignez, Rogério Sganzerla, Arthur Omar and Ana Vaz, is available from Archive Books). Stefan Solomon’s introduction to the book is available to download as a PDF: Trópicalia and Beyond: Dialogues in Brazilian Film History.

“The love surrounded by this violence is as brutal as the violence itself, since it is not a complacent or contemplative love, but rather an active, transformative love. Because of this, Cinema Novo doesn’t produce melodramas: the women of Cinema Novo have always been beings in search of a possible way out, in the name of love, since it’s impossible to love while hungry.” – Glauber Rocha, “A Eztetyka da Fome” (“The Aesthetics of Hunger”)

Unlike men, women have always been marginal. The degree to which this can best be appreciated is that women, and particularly poor black women, were at the center of the most heated debates that took place at the last edition of Mostra de Cinema de Tiradentes. Held annually in the state of Minas Gerais, for the past twenty years the festival has helped to shape Brazil’s burgeoning independent cinema (Kleber Mendonça Filho, Gabriel Mascaro, Adirley Queirós and Affonso Uchoa are just some of its internationally recognised filmmakers). Baronesa, a hybrid documentary and the first feature from Juliana Antunes, a young filmmaker from Minas Gerais, won the 2017 edition. Produced by an all-female crew, it is perhaps the best response to Rocha’s vision of women who “search for a possible way out, in the name of love.”

The film centers on two female friends, Andreia and Leid, who live in one of Minas Gerais’ shantytowns, or favelas. Andreia in particular drives the narrative and we follow her friendship with Leid, as well as with a young gang member, Felipe. Between these two enduring friendships, we see Andreia navigate two realms: the domestic, with Leid’s small children, and the violent street world, with scenes in which Andreia makes a plea for Felipe to come away with her, to a somewhat more prosperous and safe neighborhood, called Baronesa, and to abandon the gang wars. The political process is not directly present in the film, yet, as in the case of Brasilia, portrayed in such films as Queiros’s Branco Sai, Preto Fica (White Out, Black In), the landscape speaks for itself – the makeshift, unfinished structures, porous raw walls and rudimentary living conditions testify to populations who are pushed to the periphery, or as Cinema Marginal called it, the margins. The name “Baronesa” has a mythical ring to it, as did Rocha’s Eldorado. Where Eldorado was a kingdom of insurmountable decadence, Baronesa is a place of unachievable prosperity and peace. “Baronesa,” a word denoting aristocracy, is in an actual neighborhood in Minas, far enough from the shantytown where Andreia lives to constitute a dream (Antunes saw the name advertised on a bus, noting that new neighborhoods often had female names).

In the film, Baronesa encapsulates Andreia’s desire to reshape her life. The film opens with her and Leid counting money – figuring out the costs for each of the house’s components – and ends with first Andreia starting to build a house from scratch, and then Leid sitting on top of the corrugated tin roof of her house in the favela. These two images – a projection, or fantasy, constructed for the film’s purpose, and then reality – beautifully illustrate the tensions and impossible contradictions of the two women’s lives, and Brazil’s. The vision of “adventure” remains complex, mostly tied to the masculine ego. In this context, Andreia’s pleas, just as Sara’s in Terra em Transe, remain unanswered: Felipe does not choose to opt out of the gang life, and instead purchases a bulletproof vest, which he asks Andreia to test out by shooting him in the chest. Violence encroaches even closer when, in one un-staged scene, shots are suddenly heard in the favela. The women run for cover, the camera shakes, and the image blurs – a sudden interruption of the real into the carefully constructed hybrid. In another scene, Felipe watches a large fire, a near-mystical image that forebodes his tragic fate. In the following shot, we see Leid and Andreia hang black tape on posts, in a gesture of mourning. Andreia finds herself alone at night. She smokes in the darkness, and plays with Felipe’s flashlight, which projects female nudes on the walls – this vision of Eros, in a world devoid of men, is particularly dark and poignant.

The film’s politics are first and foremost gender politics. Women in Baronesa are not presented as facilitators or helpers. On the contrary, their families’ survival is directly dependent on them. They are decision makers and protectors. Much of this is Antunes’s deliberate, astute construct – by limiting Andreia and Leid’s universe, in which men are heard of but rarely seen, the confines of the small stage on which we see the women enact their lives take on a more epic dimension. Here are the women of Troy, when their men have gone off to war. Here is the violence that engulfs them, the hunger they must stave off, one caress and one real at a time. As Rocha would have it, their lives cannot be contained within a melodramatic scheme.

Appropriately, the film’s ending is open-ended: as in Rocha’s Terra em Transe, there is a hint of transformation, a promise or a vague possibility of change, in the name of solidarity, mostly signaled by the women’s agency. Yet, just as in Rocha, we hear the cautionary echo of “only time will tell” – once again, the future has been forestalled.