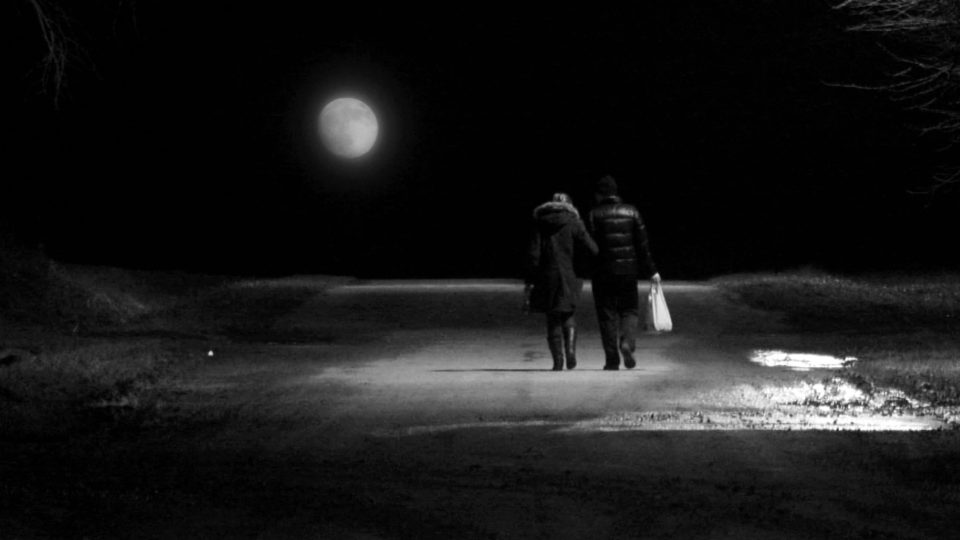 Through the Glass Darkly:...

María Luisa Bemberg’s I, The Worst of All 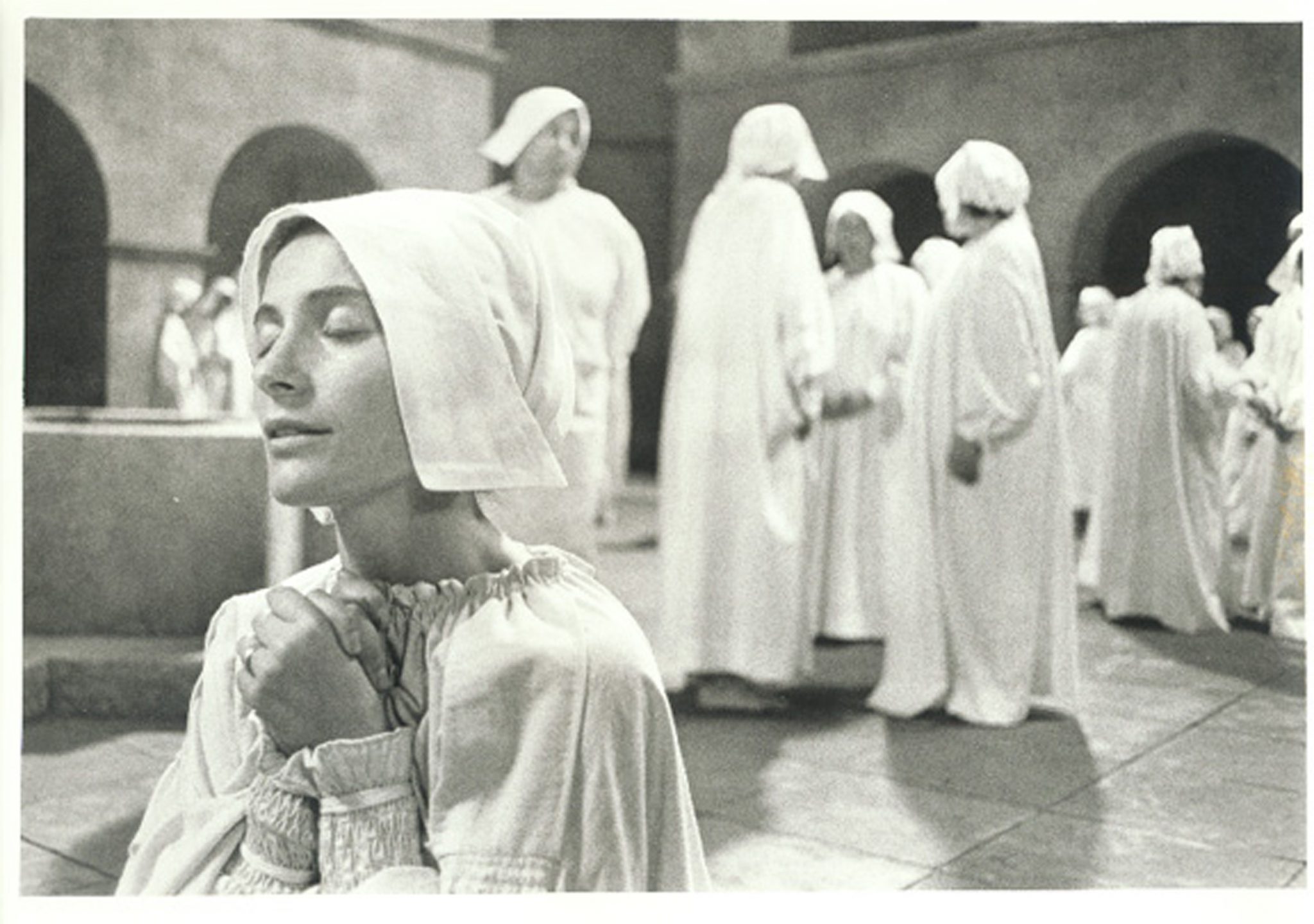 A radical costume drama is a rare thing, as the (mostly) warranted paeans for Lucrecia Martel’s Zama show. Even if the filmmaker chooses to disregard faithfulness to historical facts, or decides that the only way to be faithful is to take liberties, there’s still the question of how to shed the straight-jacket of the period’s beliefs and norms.

Thus period pieces run into a conundrum—some stake out their characters’ exceptionalism, and so strain verisimilitude, others risk narrative rigidity, in a bid for historical accuracy.

While each period has its own radicals, how this radicalness gets expressed changes over time.

Perhaps, in the end, period films—and not just adaptations—are like what Borges said about literary translations: beautiful or faithful (never mind that Borges, in rather flippant fashion, made the comparison between a faithful wife and a beautiful mistress).

All this comes to mind when considering Maria Luisa Bemberg’s I, The Worst of All (1990), a quietly sublime, and at times, delightfully subversive film, about a 17th century Mexican nun, Juana Inés de la Cruz, whose talents and intellectual vigor made her unfit for the convent. From the start, Bemberg treats her heroine with notable lightness. We can sense a deliberate progression, from light to darkness, from vibrancy to muted colors. Our first introduction to Sister Juana is her absence: She skips a convent meeting, busy composing her latest play. When the play makes it to the stage, it is full of fleeting allusions, fingers that stand in for male sexual organs, and overall lasciviousness that ever so slightly reeks of a bordello.

Quite an intro for a nun movie.

We can intuit that Sister Juana’s fate will turn bitter. Indeed, thanks to her dramatic talent, Bemberg anticipates our premonition: If she were to make a film about a nun punished for outspokenness she’ll create a martyr. And martyrs are admirable but boring. Instead, Bemberg fleshes out an intrigue. The Mexican convent is an extension of the Spanish court, subject to myriad pressures. Concomitantly, the Inquisitionist Church is eager to strengthen its grip on the Spanish reign. In an increasingly delicate balance, the forces of liberalization duel zealots’ willful myopia. When the situation gets hairy, you can be certain that decisions are made based on political ambition, not piety.

Sister Juana is under the protection of the Spanish Viceroy. The Archbishop, however, is full of resentment for this rebellious nun. So the question is not if he’ll ensnarl her, but when. When the Viceroy intervenes on Juana’s behalf, the Archbishop has no choice but to stand down. Joana is allowed to meet with the Viceroy’s wife, who showers her with stories of her own girlhood and expensive gifts.

The two women meet mostly at the convent, the distance between them diminishing slowly. In the early scenes, decorum prevails. With the Viceroy’s wife on one side, Sister Juana sits behind iron bars—a caged animal, or a prisoner. Juana has created an illusion of freedom by surrounding herself with books, some of which go against the present-day science, and so are illegal. She can have them, because she’s recognized by the establishment as men’s “equal.” Bemberg has a bit of fun with this last assertion, inserting a long flashback, in which Juana is questioned at the Court on issues ranging from theology to natural sciences, and wows wise men with ease. One might wonder why, this late in the film, when Juana’s supremacy has long been established, Bremberg reaffirms it.

And yet, the flashback pays subtle dividends. For, in the end, Bemberg’s film isn’t so much about knowledge, wit, conviction, or even lasting love, as it is about survival. Like Giordano Bruno, Juana’s fervent passion is for learning; the convent is the price for surrounding oneself with intellectual riches. In this, Juana is not so different from her male counterparts centuries earlier, when entering into the religious service was a way-out for those with no sufficient riches, or political connections, to ascend to the intellectual parthenon.

Unlike Giordano Bruno, Juana won’t burn at the stake. She will be spared, as Galileo Galilei was after his Inquisition trials, placed under arrest. But again, in Bemberg’s nuanced handling, the price for such sparing will leave Juana—and the viewers—highly ambivalent.

Bemberg is coy in her treatment of the bond that develops between Juana and the Viceroy’s wife. On one hand, the wife is dutifully devoted; her husband has no reason to mistrust her. On the other, when the Viceroy loses his graces, and is recalled back to Spain, the wife clearly wants to take with her the image of Juana as her middle age’s true love. A sensual, intimate mate.

If the performances don’t quite add up to a lesbian romance, the two women clearly dote on each other. The Viceroy’s wife’s power is also confirmed in her protective gestures. It’s her voice that speaks through the Viceroy (though he’s free to do as he pleases). Bemberg, whose inclination is to focus on the ideological, feminist aspects of the story, rather than on the bodily ones, leaves the denouement loose.

Yet she tightens the plot again, with the procession of powerful male types who intervene in Juana’s case, but only on their terms. Thus Juana’s protectors will strip her of her property—her books—of her right to compose poetry, to sing, to stage plays. She will take on the blame, and, as Bemberg hints, will go as far as to internalize it.

Remarkably, Bemberg inserts in this second-to-last section a few notes of grace. When a plague strikes the convent, and the nuns’ corpses are laid out on the cold concrete floors, Sister Juana tends to the ill. Why has she been spared? In the story’s context, we can’t help seeing divine justice—or, just as easily, a cruel trick of fate. Juana is gaunt, yet she has been hardened, having suffered predation. After the scene of her confession and plea for mercy, the film’s final inter-title merely states that she too eventually succumbs to the plague. And that she’s one of Mexico’s greatest poets of the Golden Age.

On the spectrum of radicalness, I, The Worst of All probably falls closer to a respectful historical biopic. And yet, the biter-sweet ending, the fine secondary roles and storytelling nuance, leave a lasting impression. This is why Bemberg, along with younger women filmmakers, such as Martel, is one of Argentina’s key directors.

I, The Worst of All is playing at the Museum of Modern Art (MoMA) on Saturday, June 23, 6pm, as part of Carte Blanche: Edgardo Cozarinsky on Argentine Cinema program.