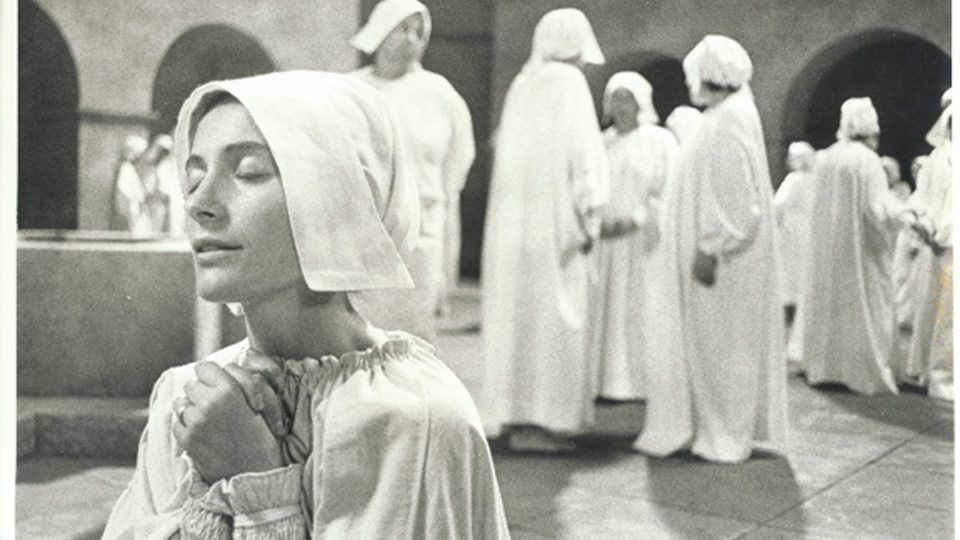 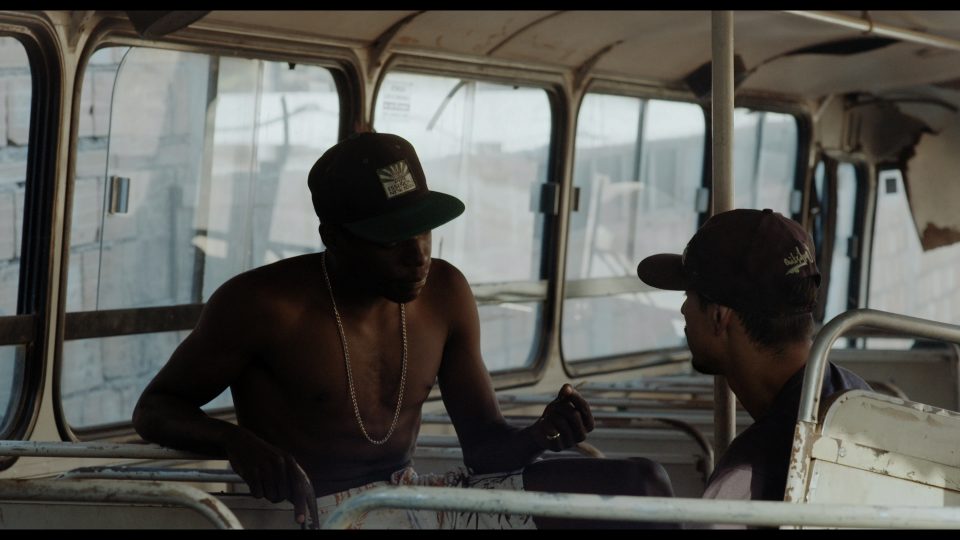 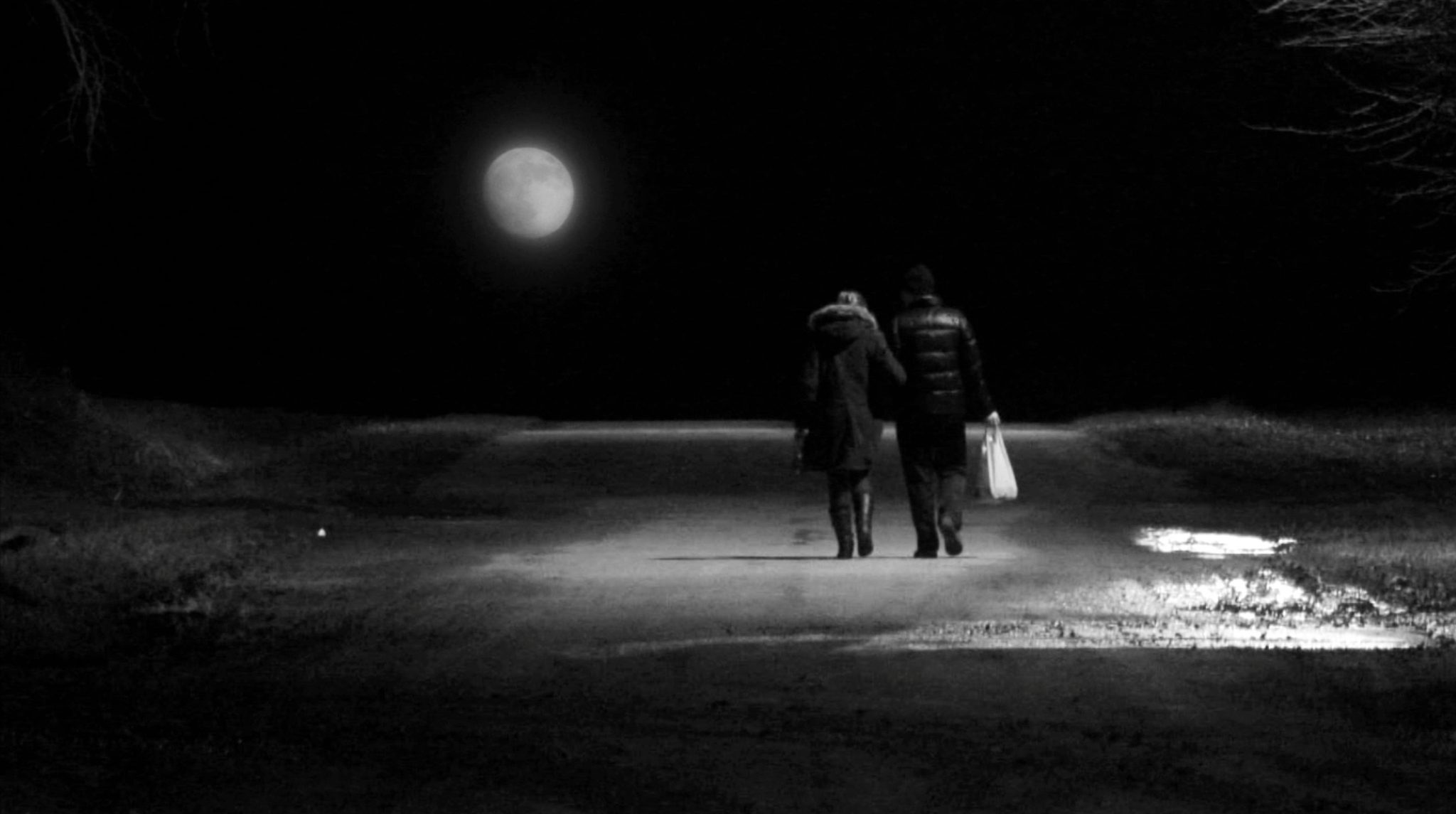 Russian filmmaker Alina Rudnitskaya’s Bitch Factory (2009) is one of the fiercest documentaries I’ve seen this year. I wouldn’t stop at calling it feminist. Given its straightforward observational approach, you wouldn’t think it’d land so strong. It starts out with a simple premise: In Moscow, in real-life equivalent of television warped bubble, à la Who Wants to Marry a Multi-Millionaire, young women are learning how to woo a man. Or rather, how to ensnarl one. And not just any man—some have modest sites, for sure, but others are plainly out there to find a sugar daddy. Or at best, a doting oil magnate.

One of the first things the women learn is that sophistication won’t do. If you want a man, the stout male instructor tells them, you must act like a little girl. Shorter skirts, pony tails, and a splash of pink. Right from the start, the more intelligent ones break down, asked to bare their libido to the group. The more sophisticated ones are up in arms—“You want me to wear that?”

It’s a disheartening film. Here’s capitalist Russia, but it really looks, well, medieval. And it wouldn’t do us much good to pretend that it’s only Russia.

You could say that the women learn to loosen up. The less savory parts of the documentary consist of women trying out seducing techniques on their coach. With his burly figure and bullying demeanor, he’s hardly a prince. Swaying hips, sideway lascivious glances, adjusting voice levels, none of this new, or hard to visualize. But when you’re watching it, you’re peeking directly inside someone’s sexual universe. Some women are liberated, but most are frightened, not at all sex-chat girls. And so you can’t enjoy their act, you are not meant to. More intruder than a voyeur. Then comes the final punch. After what—weeks?—of training, you’d think the women are ready to celebrate (exactly what?), when there comes their final life lesson. “Men understand everything. They know by heart all of your tricks.”

Rudnitskaya doesn’t always work in such effectively blatant manner. Her short, I Will Forget This Day (2011), is a yang to Bitch Factory’s yin. The women and girls are captured straight on, in grainy black-and-white. Unlike the color of Bitch Factory, which is there to convey the blushing, the flesh, the gaudier tones, the black-and-white is a perfect match for the environment: the bleached out, antiseptic, emotionally sterile clinic. Or you’d assume so. When we first see the women, staring into the distance, there is no immediate feeling of their being distraught. Perhaps not all are. And how do we know exactly what this is? What this place means? Here Rudnitskaya makes the most of social context—of course, we know, this a women’s place, a women’s movie. It can only be one place.

The women disrobe, they tread after the nurses. In the background, we hear a muffled cry. A suggestion of pain. Of despair.

Only halfway through is there dialogue. And this time, it’s much more passionate than you’d expect. “Can’t you really keep it?” is the common refrain. The nurse always tries, again and again. Questions about family, about the father, about financial circumstances. In most cases, the answer is an insistent no. In the end, we can see how Rudnitskaya puts the emphasis on the female figure. She is there, first alone. Then in conversation with other women. She communicates often that her decision is not just hers—the partner doesn’t want it either, the parents don’t support her keeping the baby, she just can’t.

But the decision is hers. It must be.

Against the two shorts, Bitch Factory and I Will Forget This Day, Rudnitskaya’s feature, Blood (2013) comes across as a wintry tale out of Chekhov. Or maybe we erroneously always think of Chekhov, aren’t there any Russian women writers to think of? Anna Akhmatova’s passion, that’s something. There is plenty of passion in Blood—a stunningly warm film about a thing as bland as being a donor. But then again, giving blood in Russia isn’t exactly straightforward. A humanitarian effort, it brings humanity, in the form of a paycheck (however meager), to the thousands of desperate souls who line up at the ad-hoc stations. Into this environment—of drunks, alcoholics, the infested, the unemployed, the underfed, the miserable—into these Lower Depths—strolls in a band of nurses. One is a forbidding matron for whom all have much due respect. One is robust and practical, another light-headed, prone to late-night drinking and falling for the wrong (mostly younger) men. Together they are Russia’s fierce blood brigade.

And muster strength they must. To find the veins when they seem all bad, to prop up the portly fainted women, and the equally fainted sturdy lads. To joke, to buy vodka, to admonish and coddle, to give those without proper certification a good talking to. And still, they gather liters and liters of bad blood. Contaminated.

Bad blood may just be the metaphor for Russia, but Rudnitskaya isn’t there to scold. Unlike in Bitch Factory, she won’t punch the man, or woman, who’s already down. Perhaps that’s why Blood is enthused with such sanguine compassion.

There is always winter there. Winter roads covered with snow. Snow piled up so the car can’t cross. Winter bridges and winter nights. Winter dark.

In the midst of this darkness, Rudnitskaya kindles a tiny spark.

Let’s call it a Russian soul.

Alina Rudnitskaya’s documentaries are showing on Sunday, June 24, at the Museum of the Moving Image (MoMI) – part of the Putin’s Russia program organized by MoMI curator Eric Hynes and guest curator Daniel Witkin.