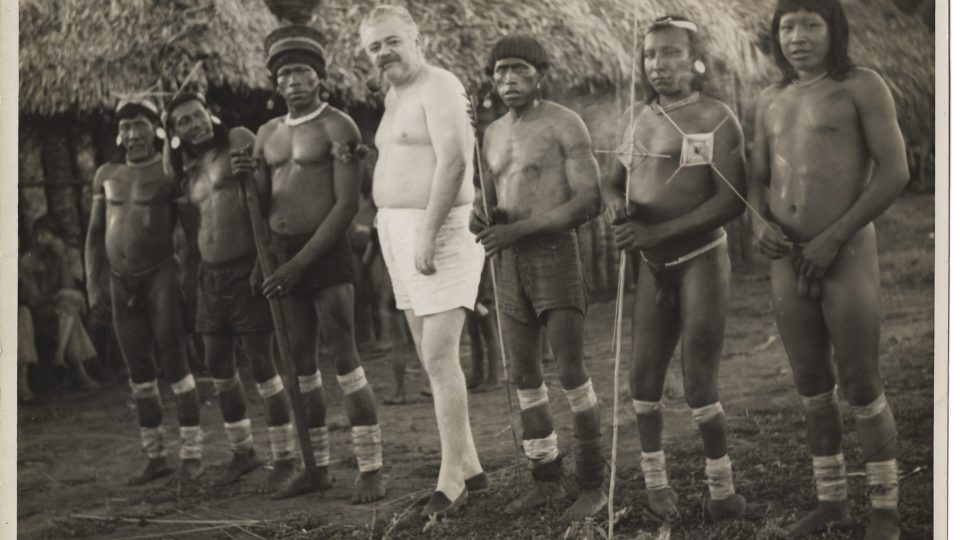 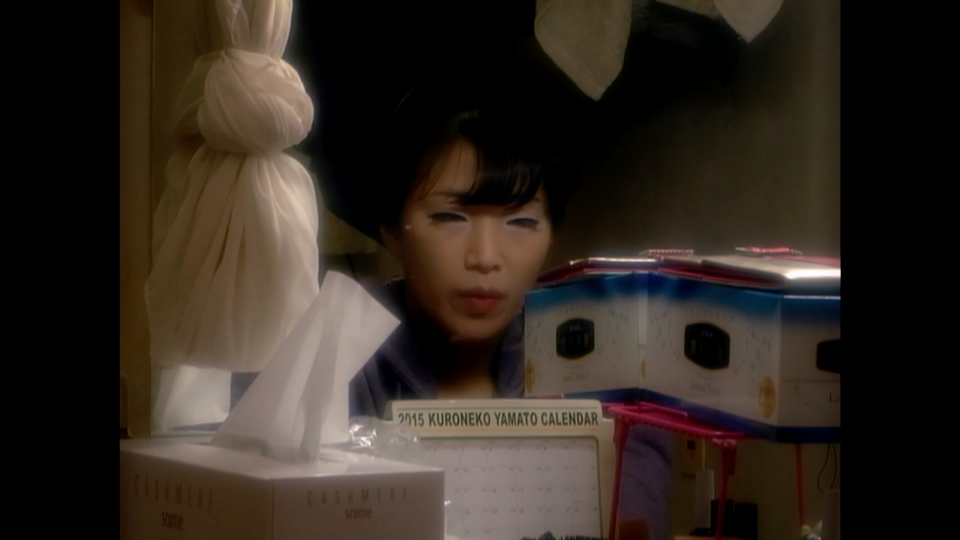 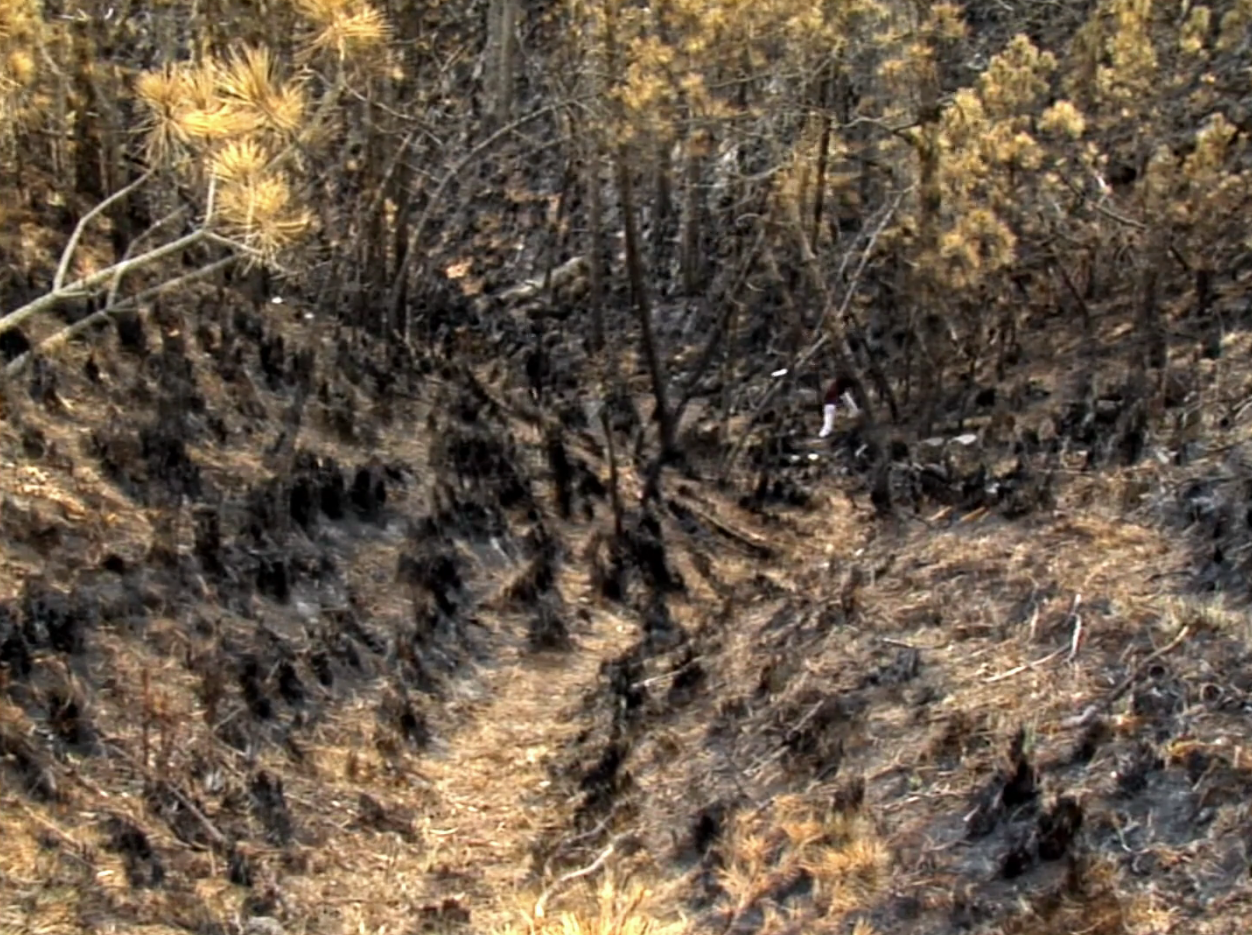 FICValdivia’s International Competition has stood out in the past few years that I’ve been following it for jettisoning in the main slate the distinction between fiction and nonfiction. Also for championing bold cinematic language and storytelling that don’t rush to transparency. This year perhaps even more so, for those viewers who, like myself, isolated by Covid-19 at home, may be haunted by the frailty but perhaps also by the poignant, often surprisingly resilient, and in fact illuminating fluidity of the human mind.

I can’t think of a film at FICValdivia that explores this polarity, between vulnerability and strength, more than the Chilean director Francisco Bermejo’s El Otro (world premiere at Vision du Réel), in which a reclusive elderly man lives in a dilapidated hut. He survives by hunting, skinning and cooking rabbits and reading Melville’s Moby Dick aloud. Much of the film’s cinematographic ploy depends on the cunning (and rather successful) framing, so that our protagonist doubles as himself and his imaginary twin.

Who are we speaking with when we speak aloud? What are the functions of this speech? It would be glib to call it madness, though so often El Otro, aka the Other One, is, in fact, an antagonist — a berating, quarrelsome voice whose injuries are always there, just under the skin and ready to flare up. In this way, Bermejo’s film is a story of an injured, or injurious existence, which doesn’t spare us its bleak other, or loneliness. But in the hands of Bermejo it’s also something quite magical, particularly when we follow our protagonist to the beach, where the big white whale, or a twin of the one we can imagine, slowly decomposes, baring its white bones. A game of being seen, and a psychological Alice-in-Wonderland, the film invites us to fall through its traps. Also in FICValdivia’s International Competition, Diego Mondaca’s Chaco is a vibrant depiction of beleaguered, splintering minds. This fraying is conveyed with stark, unrelenting beauty by the cinematographer Federico Lastra. Lastra’s past work includes cinematography for the cult Argentine indie director, Martín Rejtman (Lastra worked on the short Shakti, 2019, which was the last film that Rejtman completed before his death). In Chaco, a story of a lost army patrol that roams the border during the Bolivian – Paraguayan War, in the mid 1930s, Mondaca and Lastra create a riveting, excruciating walk through parched backlands. The script is relatively paired down, which shifts the weight from (nevertheless convincing) social tension between a European captain and his Latin American subjects — the fraying alliances of individual soldiers to authority — to then increasingly the inner command these men have over their fears and impulses. The latter intensely aural and sensorial.

What at first is framed by the Captain as a necessary reconnaissance, resented by the lower-rank, mostly Indigenous frontmen, soon emerges as something far more disturbing: A lost, confused, perhaps self-destructive quest that can’t be redeemed by a sense of honor. The further these men go, the more the landscape around them metamorphoses into a terrifying emptiness. When their thirst becomes unbearable, Lastra summons the palette in bleached, pale rust, dust covering the soldiers’ bodies in a staging that in its dreary stillness is something out of Golgotha, each man to his own.

Pablo Escoto’s All The Light We Can See — which before FICValdivia had its world premiere at FIDMarseille — makes explicit its hallucinatory, fluid approach. In it, superimpositions, striking angles and frequent breaks in linearity, induce from the start the kind of epic, illusory temporality to which Chaco slowly and persistently builds up. The local folkloric material — a gorgeous story of two lovers who were turned by a god into two volcanos, one dormant, the other active — is directly linked to Mexico’s volcanic landscape.

The landscape is a multiple: Marked by a loosely historical time, with the mention of the General and rebels, alluding to the country’s violent past, and mythical, with the volcano’s ghosts watching over it. To be lost in it is a bit like being lost in a Shakespearean forest when protagonists are both in character and somehow our contemporaries, as manifestations (or actors) slipping in and out of mythic roles. This dual approach is reinforced by tightly directed, paired down acting, whose language isn’t quite so blunt to be Straubian, but is clearly playing with the idea that cinema can be both, an embodiment of the real and a perfect artifice — its charm lying precisely in the estrangement.

Back in 2018, Lyssaria also ran an interview with Pablo Escoto about his experimental film, Ruinas Tu Reino, which won main prize at FICUNAM.